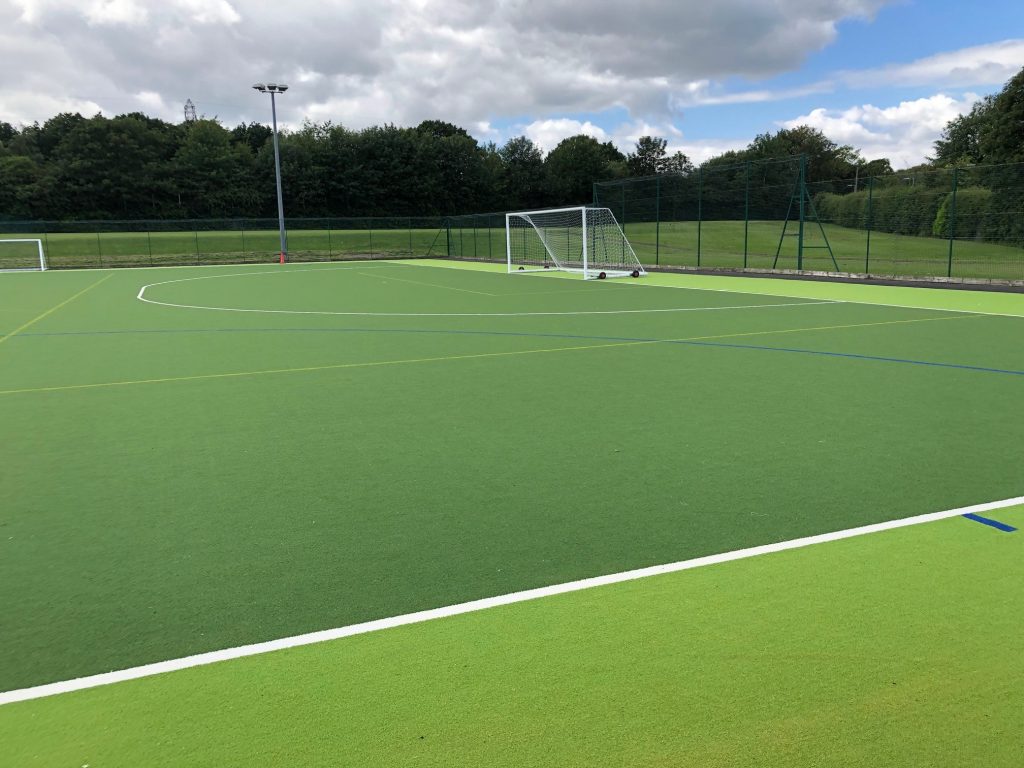 Great feedback from another happy SSL client following the refurbishment of the synthetic pitch at Canon Slade School in Bolton!

The synthetic pitch, now in it’s 20th year since being constructed, is now benefitting from a complete refurbishment. Since re-opening the pitch has been used as a training base for Bolton Hockey Club as well as hosting a club initiative to get adults to learn to play hockey.

SSL were initially engaged by a key local funder of the project, who saw the value of engaging with a specialist consultant at an early stage. SSL carried out an extensive survey of the old synthetic pitch and provided the school with independent advice and options, including outline costings, of how the facility could be refurbished.

Following the tender process, administered by SSL, the construction phase commenced on 18th March. The old short pile synthetic turf and prefabricated shockpad was removed, some minor repair works carried out the pitch base, before a brand new insitu rubber shockpad and sand dressed synthetic turf was installed. To help protect the investment, drainage improvement works were also carried out given the facility had suffered from water ingress from an adjacent grassed bank for several years.

Following various quality control checks carried out by SSL throughout the works, with regular reports provided to the school, on 26th April the revamped facility was handed over for the school to use. With the works being deliberately programmed to coincide with the Easter Holidays, that ensured the pitch was only out of action for 20 school days, meaning minimal disruption to the school’s PE timetable and external community users.

Rachel Costello, Head of PE commented “The new surface is brighter and the two tone colour to distinguish the areas is a great idea for both staff and pupils. The work on laying the new surface was completed to a high standard and the new surface and shockpad is of excellent quality. Currently, the pitch is occupied 86% of available time by football and hockey clubs. We are really pleased with how efficient the team was in completing the project.”


“They helped in the tendering process to make sure it was robust and to advise us on the best option. We are delighted with the end result – thank you!”