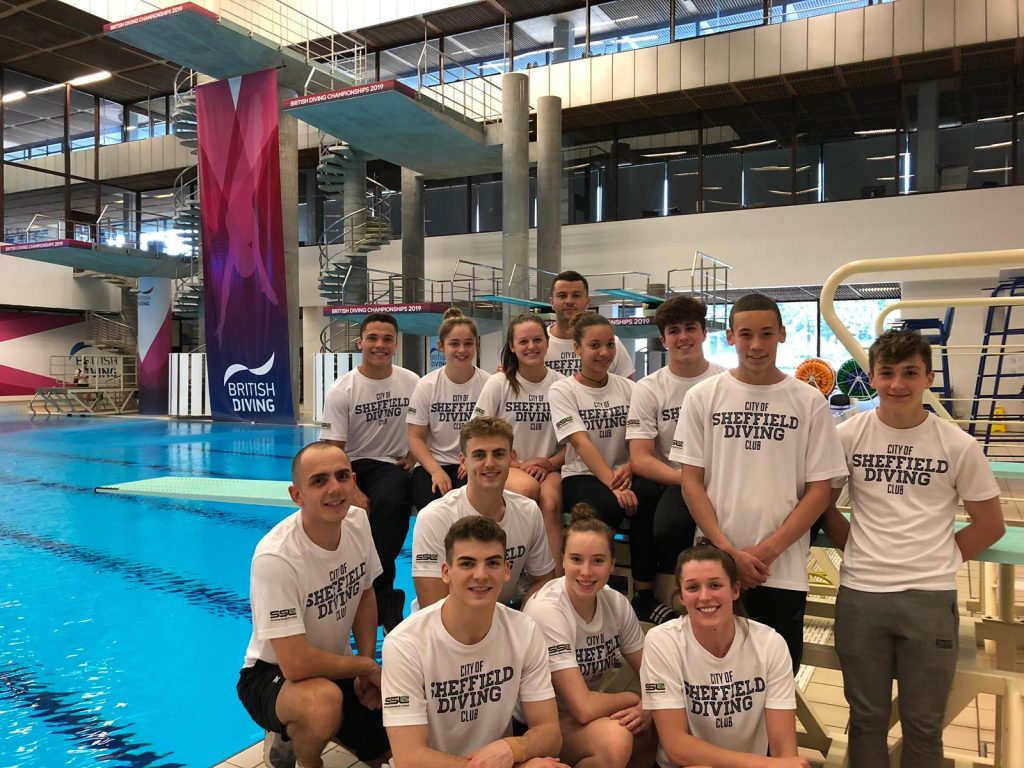 Surfacing Standards are pleased to be backing UK Sport development having recently provided sponsorship to the Sheffield team competing at the British Diving Championships 2019.

Hosted at the Royal Commonwealth Pool in Edinburgh, the event is the most prestigious domestic diving event in Great Britain, with GB’s top divers competing for British titles.

Steve Wilcockson, Managing Director of SSL has a longstanding interest in the sport having previously reached the final of the Armed Forces Diving Championships. As Steve explains “My interest in diving started from the age of 14. That interest continued as I got older, even giving up my time to work as a volunteer at the Aquatics Diving Arena at Ponds Forge, Sheffield during the World Student Games.”

Nikki Smith of Sheffield Diving Club commented “Sheffield Diving had a team of 15 divers competing at the competition, comprising of both junior and senior athletes. We are very grateful to receive the support of Surfacing Standards, it’s fantastic that a major sports facility consultant in the UK is putting something back into UK elite sport. Athletes face many challenges and it’s brilliant to see Surfacing Standards commitment to encouraging and supporting young people.”

As an established sports facility consultant, Surfacing Standards are keen to help support British sport and wish Sheffield Diving every success in the future.


“SSL provided a very high level of service. I would have no hesitation in recommending SSL to other facility owners.”